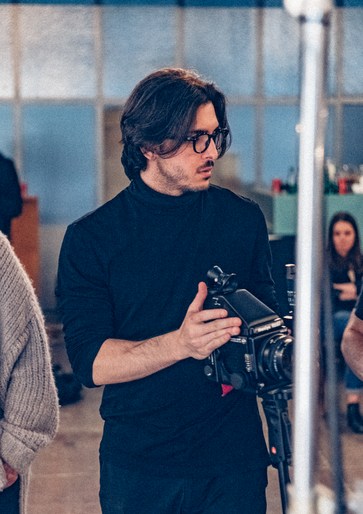 Alexander Saladrigas was born and raised in Miami Florida to a family of first generation Americans that emigrated from Cuba. He attributes his success in the fashion industry to the work ethic that he learned from his family members and their nurturing of the exploration of his passions. Growing up he always excelled in art which led him to photography as his preferred form of creative expression. He moved to NYC in 2014.

X
download pdf
Single Image / Album / Spread
×
Enter your email address below. Once your PDF is generated, we will send you a notification email with a link to download it.
X
Facebook Twitter Pinterest Tumblr
X